Sixten Sason has designed this prototype, which only was built in one copy by ASJ (Aktiebolaget Svenska Järnvägsverkstäderna) in Katrineholm and which was displayed for the first time April 24th 1965 in the sport hall in Linköping.

It has a fibreglass body which was painted red. Further on it has a lowered back window and a concave boot lid.

The most characteristic for the car, which was built with as many standard parts as possible, was the detachable targa roof, which could be placed in the boot. 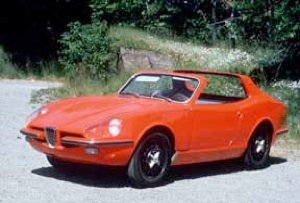 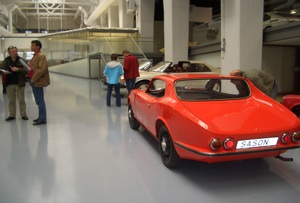